Under the supervision of the Chairman of the Emirates Body Building and Fitness Federation Sheikh Abdullah bin Hamad bin Saif Al Sharqi, and the support of the Arab Armwrestling Federation AAF Founder President Mr. Karim EL Andary, the UAE has become an official member of the International Federation of Armwrestling IFA and the first member country in the Gulf region.
EL Andary gave the Certificate of membership to Sheikh Abdullah bin Hamad bin Saif Al Sharqi at the Federation’s headquarters in Dubai in the presence of the Federation’s board members and press.
During the meeting, major points were discussed in the aspect of developing Armwrestling sport and increasing the number of the practitioners in the country in addition to organizing tournaments in the upcoming period.
Feisal Al Ghais, member of the board of directors of the Emirates Body Building and Fitness Federation described the joining of the UAE to the international Armwrestling community as an important step in the interest of popularisation of armwrestling in the country. 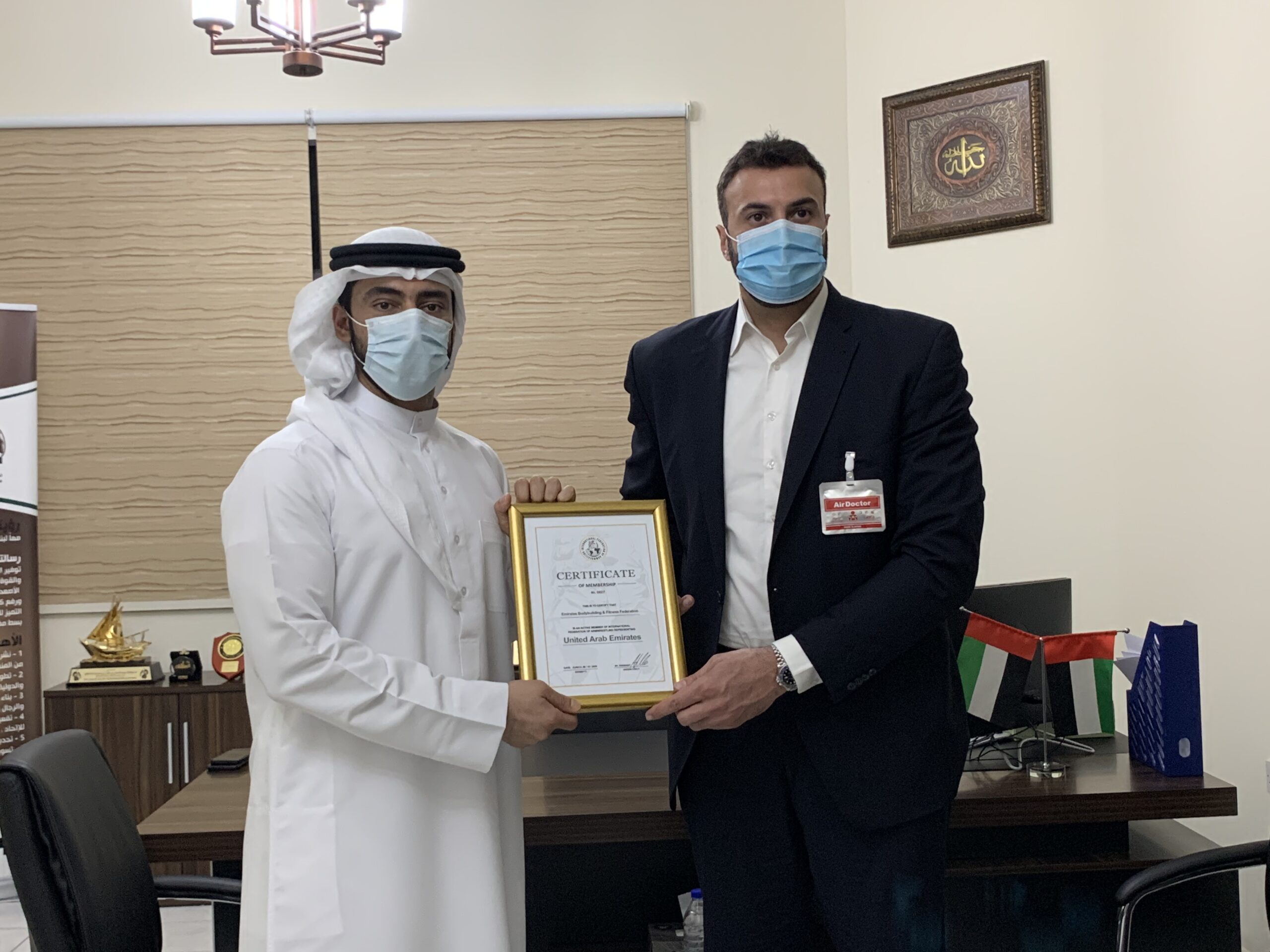